This is a disturbing image: 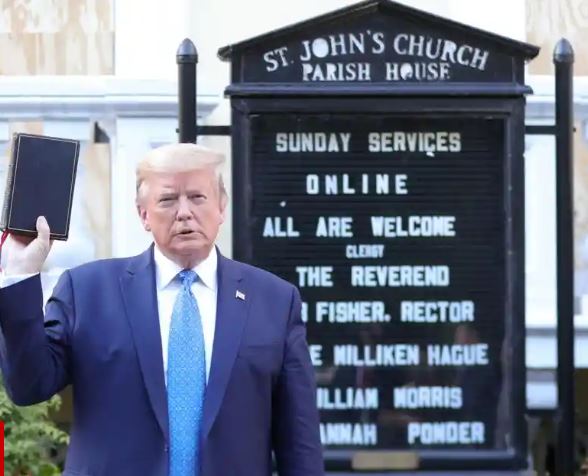 President Trump holding a bible in front of a burned-out Washington church.

smoker
View all posts by Frank Davis →
This entry was posted in Uncategorized and tagged Trump. Bookmark the permalink.