An arresting image from yesterday has floated back into mind: Boris taming the bull:

It’s immensely rich in symbolism, and I haven’t any doubt that Boris himself was completely aware of all its symbolism.

Not least of which is this: Boris is taking the bull by the horns.

take the bull by the horns – definition and synonyms: to deal with a problem in a very direct and confident way, even though there is some risk in doing this

And that’s exactly what Boris is doing with Brexit. It’s what he did last week when he simply expelled 21 rebel Conservative MPs from the party, including two former Chancellors of the Exchequer. If that isn’t taking the bull by the horns, I don’t know what is.

It brings to mind the Minotaur and the bull leaping frescoes in the Palace of Minos. 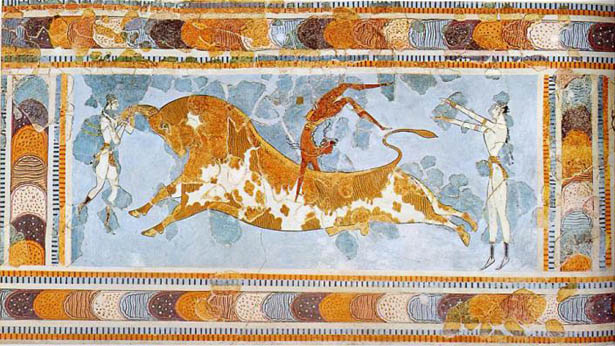 And Mithras slaying a bull. The Vatican was once a Mithraic temple. 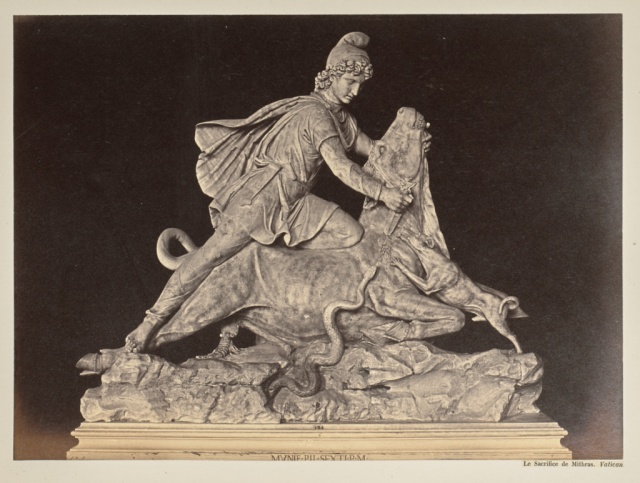 Boris is also associating himself with the farming community. And, oddly enough, I received a letter on the same day from my Conservative MP, who happens to be a farmer, which had a picture of him with a cow (or bull?), which I’ve captured rather badly on my webcam. Perhaps Boris is re-branding the Conservative party with a new Rural Farmer image?

Anyway, I have no doubt that a classical scholar like Boris understands all the rich symbolism of the bull far better than I do. It can’t be an accident that this photo op took place just when Boris was fighting the Remainers in parliament. Which evokes the Labours of Hercules:

The seventh labour was to capture the Cretan Bull… The Bull had been wreaking havoc on Crete by uprooting crops and leveling orchard walls. Hercules snuck up behind the Bull and then used his hands to throttle it (stopping before it was killed), and then shipped it back to Tiryns.

Purging the Conservative party of Remainers was the fifth labour of Hercules: cleaning the Augean stables. And it will of course be a Herculean task to escape from the EU. No wonder Boris is drawing upon the powerful symbol of the bull:

Few symbols in history have signified the raw energies of life itself more potently than the bull. We grab it by the horns to demonstrate our authority over situations; we wave a red flag in its face to show our fearlessness. Since prehistory, the bull’s imagined muscles have clenched tight in our subconscious, like a hand grenade of crude virility waiting to blow.

As the famous Palaeolithic paintings discovered in caves in southwestern France have revealed, when human beings finally began to draw, they drew the bull. Studded with stars and stalking the sky, Taurus’s skull, so we imagine, constellates the heavens above us. When life is booming and the stock market stampedes, it isn’t the ram or bison or woolly mammoth that tramples the doddering bear, but the hulking hustle of the triumphant bull.

smoker
View all posts by Frank Davis →
This entry was posted in Uncategorized and tagged Politics. Bookmark the permalink.

8 Responses to Boris The Bullfighter