Continuing with grid girls and darts girls bans, I’ve noticed that there seems to be a bit of a wave of revulsion at these bans. Hat tip to Nisakiman for this report on F1 world champion Niki Lauda’s reaction:

Niki Lauda hopes Formula One reconsiders its ban on ‘grid girls’, a decision he believes is “stupid” and “against women”.

This week’s announcement that the tradition of promotional models standing on the grid before F1 races will no longer continue has sparked a wave of headlines and debate in international media. While many have praised the decision, there has been criticism — former boss Bernie Ecclestone accused F1’s new owners of being “prudish”, while former promotional models have started a petition against the ban.

Three-time world champion Niki Lauda, who is currently non-executive chairman of Mercedes, has added his voice to the criticism.

“This is a decision against women,” Lauda told Austrian newspaper ‘Der Standard’. “Men have made the decision over the heads of women. This is not doing any favours to F1 and especially not for women. How stupid can they be? Are they nuts?”

Well, are they nuts? I don’t think so. I don’t see this as essentially any different from smoking bans. They’re engaged in social engineering. They’ve decided among themselves how people should live, and now they’ve set out to make them live that way. It’s a process of coercion, using top down control, piling taxes on things they don’t want (tobacco, alcohol), making laws to restrict or ban them, and at the same time promoting new values (e.g. environmental awareness, gender equality, multiculturalism, open borders, etc.)

Niki Lauda is an insider in F1 motor racing, and so he’ll know whether or not “Men have made the decision over the heads of women”. I’d be very interested to find out which men instigated the removal of the grid girls, and their reasons for doing so. One suggestion in the comments is that it might be because F1 now operates in Islamic countries, and so this is (yet another) capitulation to Islam, much like with halal meat.

What’s also interesting is that a few heavyweights, like Niki Lauda and Barry Hearn, have weighed in as well. Barry Hearn is, to the best of my knowledge, a snooker promoter with no direct links to either F1 or darts, so this is a case where someone from another entertainment industry may be seeing the writing on the wall for them.

“If you continue on this path, there will be no cheerleaders left in America.”

Indeed. No cheerleaders and no pom-pom girls. And maybe even no carnivals in places like Rio de Janeiro. 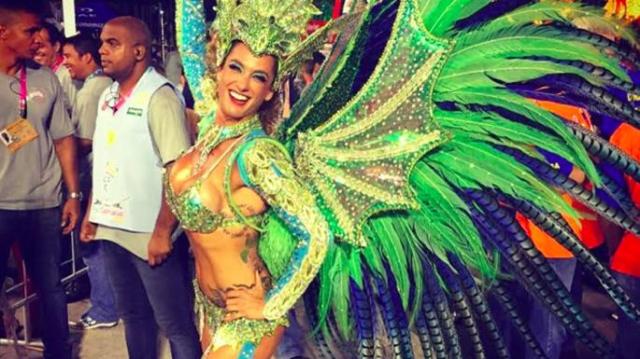 When the “world’s biggest party” opens in Rio de Janeiro on Friday, one British woman will fulfil a lifelong ambition by gyrating her way into the carnival’s history.

Samantha Flores has been chosen as the top dancer on the lead float — the Império da Tijuca samba school — which will have a non-Brazilian principal dancer for the first time in its 78-year history. “It’s a privilege and a responsibility,” said Ms Flores, 37, a former public relations executive from Kentish Town, north London, who now runs a property consultancy in Brazil.

If the killjoys aren’t there yet, they soon will be. And they’ll be telling Brazilians that the carnival is “at odds with modern day societal norms” and probably also “outdated“.

These people are a threat to everything and everyone, and the sooner people realise it the better. Hat tip Vlad for this:

A grade school in Staten Island, New York was forced to cancel its annual father-daughter dance because it violated a new school district policy regarding transgender and gender nonconforming student.

The New York Department of Education directed schools to eliminate any gender-based practices like the daddy-daughter dance unless the activities served a clear education purpose, the New York Post first reported.

“If this doesn’t convince you that the PC/SJW movement has lost their minds I don’t know what will,” Donald Trump, Jr. tweeted. “This nonsense really needs to stop….”

“They’re trying to take away everything that everybody grew up on and has come to know and I don’t think it’s fair or right,” said Matthew West, a 32-year-old father of two daughters told the newspaper.

Might it be possible to imagine an emerging, informal coalition of everyone who, for one different reason or other, has got thoroughly sick of politically-correct, top down social engineering? They might disagree about everything else, but they’d at least agree about that.

I don’t follow either F1 or darts. So I shouldn’t really be interested. But I can see when puritanical busybodies are making life as difficult for other people as they have made life difficult for me, and make common cause with them. And I imagine plenty of other people can see it too.

smoker
View all posts by Frank Davis →
This entry was posted in Uncategorized and tagged PC, Politics. Bookmark the permalink.

10 Responses to An Emerging Informal Coalition?