I seem to have an obsession with sand, because it appears that I write about it quite regularly. Like here (dangerous sandcastles on beaches) and here (killer crystalline silica dust on beaches). Just a couple of days ago I was wondering how the sandy river deltas formed (my explanation: the rivers slow as they reach the sea, and widen as they slow).

This morning, still slowly pursuing the most recent line of inquiry, I started wondering about beaches again. 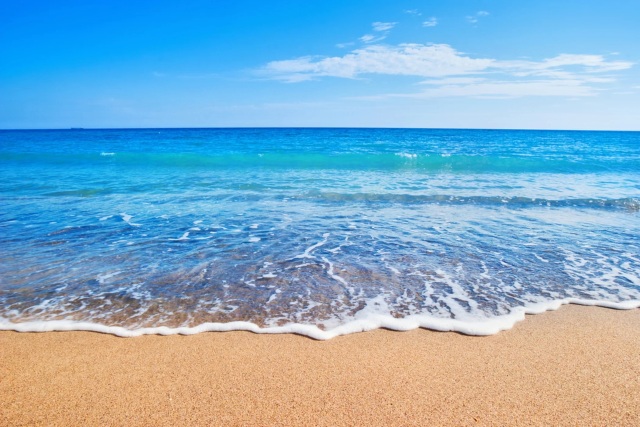 There are a lot of things that puzzle me about beaches (which may be why I keep going back to think about them again and again). Why is it that all beaches everywhere in the world seem to be composed of sand, and not mud or silt or gravel? Where does the sand come from? How does it get to the beaches? Why does it stay on the beaches, and not just slip off?

And why are beaches usually very smooth and flat and firm underfoot near the water edge, but softer and hillier further inland (and also a bit hilly underwater offshore)? Why are there sometimes sand dunes inland from beaches?

Sand is actually composed of quite a lot of things. Most of it is made up of quartz. But there are also broken sea shells mixed in. And sometimes coral fragments.  The deltas I was considering a couple of days ago seem to be the sources of a lot of sand, probably because there are no sea shells or coral fragments in them, and they’re purely composed of quartz crystals. Quartz is highly resistant to chemical weathering, and that’s why it sticks around a long time. The quartz, composed of silicon and oxygen, SiO4, comes from granite. We make glass from silica, SiO2.

In fact not all beaches are made of sand. In Devon, beaches like the one at Sidmouth, are composed entirely of large rounded pebbles. And further east at Lyme Regis, where the beaches are made of sand near the water’s edge, there are banks of pebbles along the top of the beach. You have to go further east to places like Charmouth to find beaches almost wholly composed of sand. Which suggests that beaches are graded from top to bottom with the largest pebbles at the top, smaller pebbles (sand) in the middle, and the smallest pebbles (silt) at the bottom.

But why is the smooth sand just above the water level so firm underfoot? If you’re building sandcastles, dry sand is no good: it falls into a conical heap. And wet sand spreads into a similar heap. For some reason or other, you need damp sand to build sandcastles. Damp sand seems to possess much greater mechanical strength than wet sand or dry sand. Why is that? 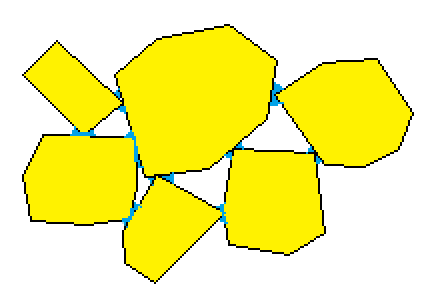 I suspect the reason is that as water runs away between grains of sand, some drops (ringlets) remain at the points of contact between grains, and surface tension in the ringlet surface acts to pull the grains of sand towards each other, holding them together. These ringlets of water remain in place, and only gradually evaporate. And they are what serves to give damp sand greater strength than wet or dry sand: the grains of sand are glued together by water.

And there is a lot of air space inside dry sand. The density of quartz is about 2,650 kg/m³, and the density of dry quartz sand ranges from about 1,300 to 1,600 kg/m³. So dry sand is composed of 40 – 50% air. And when sand is filled with water it will drain quite rapidly to leave drops of water adhering to sand grains. Silts composed of smaller grains will have many more, narrower channels between grains, and will drain much more slowly. Pebble beaches will drain quickest of all.

So when a wave rushes up a beach in a thin sheet of water (photo at top), carrying lots of grains of sand in it,  these grains of sand are deposited on the beach when the water slows to a halt, and the grains of sand fall more or less vertically onto the beach underneath. But they are also more firmly deposited by the action of the water flowing down between the sand grains beneath the beach surface. Each wave wets the sand, and it immediately starts drying until the next wave arrives a minute or so later. The beach is a sieve which collects sand. And the damp, drying sheet of sand, bound together by droplets of water, must be in slight tension, which will act to stretch it flat. The same slight tension is what holds sandcastles together. And it also makes damp sand firm underfoot.

The shape of sand grains may also affect the mechanical behaviour of beaches.

Angular sand grains may bind together much like toothed cogs in an engine, while smooth ones will slip easily over each other. Beaches made up of angular sands might be able to slope more steeply than ones made of rounded sand.

The slope of a beach may also affect its behaviour. Steeply sloping beaches will drain more rapidly than shallower ones, and so dry quicker. They will also be more difficult for waves to sweep up, and so will be wetted less often. Beaches may change their slopes depending on how frequently waves waves break on them, and how much water arrives with each wave. During storms, beaches may get steeper in order to reduce the rate at which water is deposited on them, and speed the drainage of water from them. If a beach can’t drain itself of water quickly enough, it is likely to become completely waterlogged, and the separated grains be swept away.

That maybe begins to answer one or two questions about beaches. I have plenty more.

smoker
View all posts by Frank Davis →
This entry was posted in Uncategorized and tagged oddity, science. Bookmark the permalink.

20 Responses to On The Beach