I’ve been watching snooker on YouTube. I think the reason I like snooker is that it’s a very Newtonian game of bodies in motion and in collision. It’s all geometry. Although you’d never know it when you hear snooker players talking about it.

Snooker got to be a very popular game in the UK in the 1970s or so when it started being televised. I read once somewhere that it was televised because the multicoloured balls were ideal for colour TV.

But what really made it popular were the cast of characters it introduced to the  world. And none was more flamboyant than two-times snooker world champion Alex Higgins. If any single person made snooker popular, it was him. And he was a bad boy. He picked fights with people, and threw TV sets out of windows, and got fined and banned. And he’d sit in his chair by the snooker table drinking beer and smoking cigarettes.

Snooker players don’t do that any more. You never see any of them with either a beer or a cigarette. Just like you never see professional golfers smoking either. And golf is another Newtonian game. Those balls flying off the tees are in gravitational orbits. I could simulate golf with my orbital simulation model. I could maybe simulate snooker too.

No smoking is the rule everywhere now, in all games, as far as I can see. And it’s the rule everywhere on TV as well. You never see anyone with a cigarette on a TV chat show. You don’t see them with a beer or a cocktail either. Nobody even mentions smoking or tobacco or cigarettes. It’s like they no longer exist.

These days I think you’ll only know that the revolution has finally come when you see TV newsreaders with cigarettes and overflowing ashtrays and cans of beer. Snooker players likewise. Then you’ll know that freedom has been restored.

And these days I long for that revolution. I never used to be any sort of revolutionary when I was younger. I wasn’t even a revolutionary back when I was a hippie with beads and bell-bottomed trousers. But I am now. It’s only now that I’m an old man of nearly 70 years of age that I’ve started wanting revolution. Isn’t it strange?

I listen to US talk radio a lot these days. Rush Limbaugh. Mark Levin. Michael Savage. That sort of thing. And I watch Alex Jones on infowars.com. I’ll probably stop listening after the presidential election next month.

And you know what I notice about talk radio? They don’t smoke either. And they don’t talk about smoking or cigarettes either. They may as well be the BBC or CNN or Fox News as far as that goes. 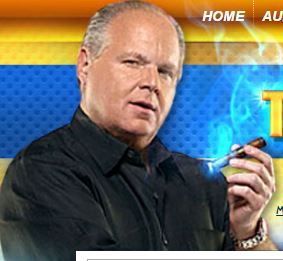 Rush Limbaugh’s website carries a photo of him holding a cigar. But he never talks about smoking. Instead, he only ever refers to his “formerly nicotine-stained fingers”. Which kinda means to me that he no longer actually smokes, but he likes to retain his image as a smoker. Mark Levin never mentions smoking either. Nor does Michael Savage. And I’ve never seen anyone smoking on Alex Jones’ infowars. The revolution hasn’t arrived on talk radio yet, it would seem.

And why not? Is there a law against showing people smoking on the net in podcasts or blogs? If there is, I break it all the time. My avatar shows me holding a cigarette. My blog advertises Pall Mall Blue. If freedom means anything, it means the freedom to smoke cigarettes. And to advertise cigarettes.

Or maybe I just listen to the wrong talk radio stations. I’m fairly new to them, after all.

I was listening to Mark Levin last night, and he was talking about the US constitution, and how it had been progressively gutted by progressive politicians (he called them “statists”) for the entire past century, all the way back to Teddy Roosevelt. It was very interesting, but as usual he was talking about principles without explaining what principles he meant, or what principles are. After all, I don’t have principles. You’ll never hear me talking about principles. Just like you’ll never hear me talking about rights. Because I don’t think anybody has got any rights. I don’t think I have to a right to life or liberty or happiness. Sure I want life and liberty and happiness, but I’ve never thought I had a right to any of them. I’m nearly 70 years old. Don’t tell me that I have a right to life, because I don’t. I’ll be dead soon. Maybe I’ll be dead next week. And if we’re running up to WW3, maybe I actually will be. I just think I’m lucky to have managed to have lived this long, and not become a plague victim in a mass grave, or a soldier buried upside down under a ton of mud on some battlefield. Same with principles. Is a principle something like “Do unto others as you would have them do unto you”? In the Oxford dictionary a principle is “a fundamental truth or proposition that serves as the foundation for a system of belief or behaviour or for a chain of reasoning.” Elsewhere principles are “fundamental norms, rules, or values that represent what is desirable and positive for a person, group, organisation, or community, and help it in determining the rightfulness or wrongfulness of its actions.” I’ve spent my whole life looking for principles, but I can’t say I’ve ever found any. Idle Theory was my best shot at it. It had a Least Action Principle. And anyway couldn’t you say that Tobacco Control have got principles? They have a No Smoking principle. Isn’t it their fundamental, universal truth that “Smoking Kills”? And don’t they have a whole bunch of norms, rules, and values to go with their principles? You can find their principles stuck up on the walls of every pub and restaurant and shop in England. And most of the rest of the world too. You can even find them on the walls of churches. Isn’t that why these antismoking zealots are all such snobby, self-righteous little shits? Because they’ve got principles. 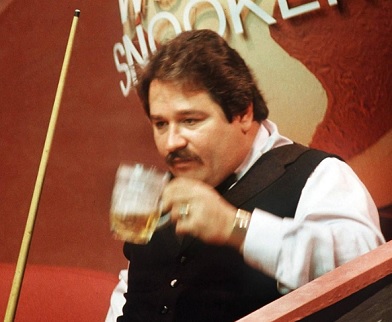 We don’t really need talk radio. We need smoke radio. And smoke TV. Streamed live on the net. Or as podcasts. Smoke radio would feature people sitting around drinking and smoking with their feet up on tables, talking about stuff. Maybe they’d even talk about rights and principles. Occasionally someone would come in with some hot pizza or other fast food and hand it around using their fingers. And maybe there’d be a pool table or a snooker table, and their conversation would be woven into long slow games of snooker in which they keep forgetting the score. And they’d all be gloriously, mountainously fat, like Bill Werbeniuk (above). And if anyone walked in and started complaining, they’d all pull out AK-47s from under the snooker tables and blow them to pieces.

It would be very cheap. No garish, expensive sets. No producers or cameramen.  Just a few people talking. And a few beers. And a few cigarettes. And a few pizzas. And a pool table. All of it streamed by webcam onto the net from a single room which could be anywhere in the world.

smoker
View all posts by Frank Davis →
This entry was posted in Uncategorized and tagged ethics, smoking ban. Bookmark the permalink.