The Logic of the Swarm 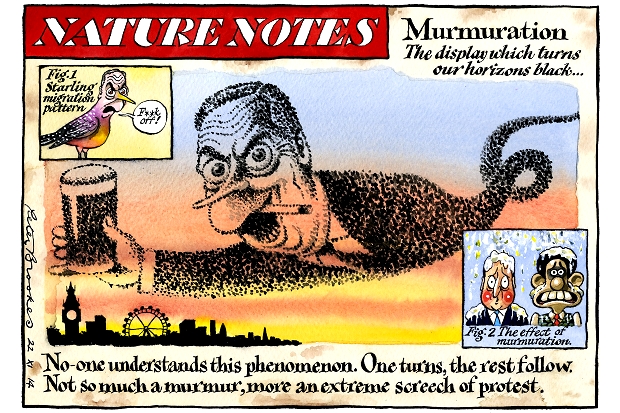 She was referring to my posts about the swarm effect, and the logic of the swarm.

Organisation-minded people usually want to try to create a single organisation or umbrella group into which to induct smokers. A sort of global Smokers United, with a president and treasurer and all the rest. But I suspect that the emerging global smokers’ network is self-organising. It has the logic of a swarm. First a few angry wasps take off, and start flying around. And then others join them. They re-inforce each other’s anger. The swarm gets bigger and bigger. And then, without any central guidance, the entire swarm heads off in pursuit of its perceived enemy.

And this seems to be happening. There seem to be quite a few more smokers’ blogs and websites and meetings now than there was a year ago. The swarm is growing. Yet nobody is singing from the same single hymn sheet. Everybody brings their own unique perspective and insight and experience and advice. There isn’t any ‘party line’. Or if there is one, it’s probably something that gradually emerges, entirely spontaneously.

I still feel the same way I did when I wrote that four years ago. And the swarm is growing.

And maybe something similar is happening with UKIP. It’s not really top-down ‘organised’. It’s something that just happens. And that’s maybe why a lot of people (and politicians) don’t understand it.

smoker
View all posts by the archivist →
This entry was posted in Uncategorized and tagged Smokerswarm. Bookmark the permalink.

16 Responses to The Logic of the Swarm